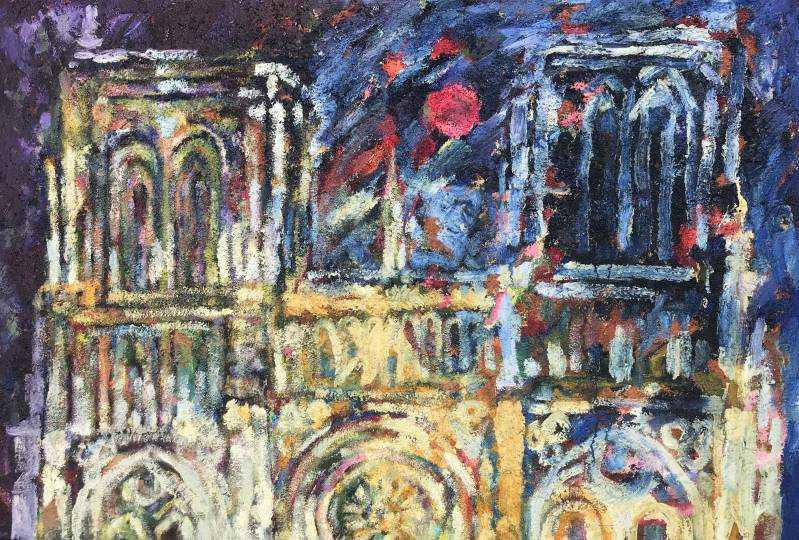 Voet van Notre Dame is Afrikaans for: At the steps of Notre Dame.

Adéle made another pilgrimage to Notre Dame, as she had done several times before. She only had a few hours in between flights from The Netherlands to home in South Africa. It was late at night. She could not go in, so she sat outside in the cold winter of December. She went home and painted the city's lights she witnessed that night.

Painting the Notre Dame, she follows in the footsteps of the Impressionist Claude Monet paintings of a cathedriel at different times in the day to capture the changing light reflecting of the church. This piece of Adéle incorporates the city's lights, the tourists and the sirens of different first responders. It's a church caught in the bustling city lights of the 21st century. A moment in time the Impressionist could not capture at the early stages of the Industrial Revolution.

Adéle has once again absorbed a moment in time and mixed with art history to bring us a piece that can pierce the soul and enrich the soul.