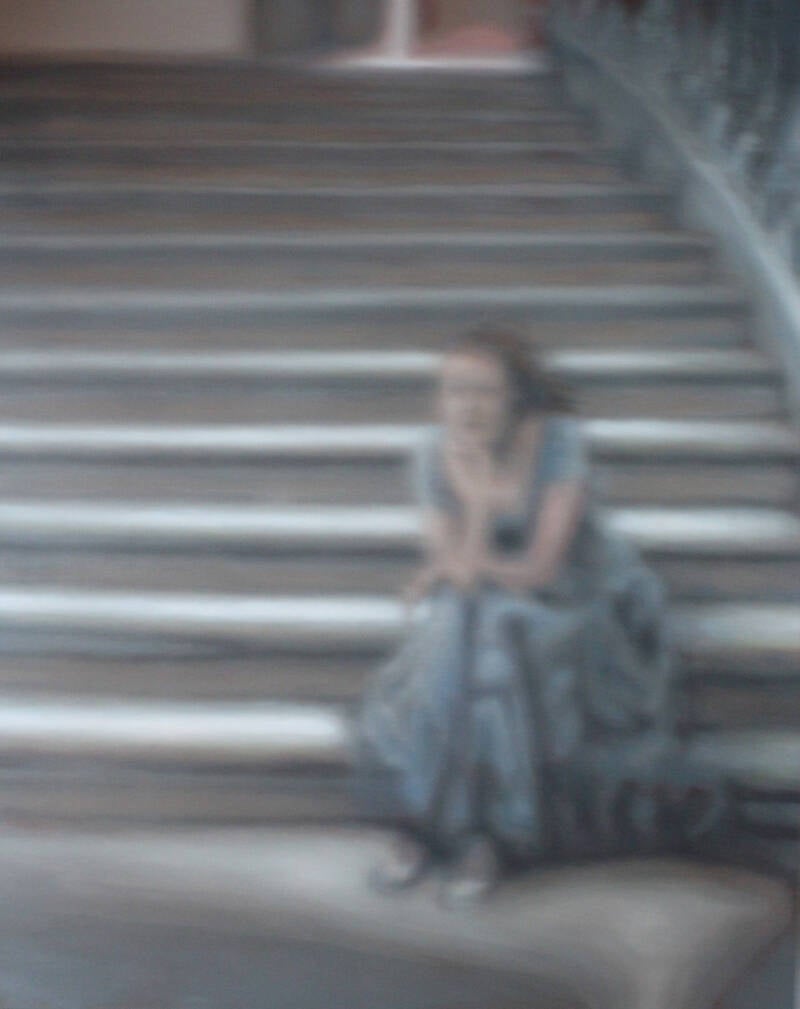 "Left Outside" is a figurative oil painting by Dutch painter and poet Marko Klomp. In this largely grey, white and powder blue painting we see a girl sitting at the bottom of a very lavish stairway. The stairs are so large, that we can hardly see the bannister or where they lead to, which suggests a stairway in a large manor house.

The girl has on a blue dress and white shoes. She sits with her chin resting on one hand, bent forward. Even though the stairs and dress suggest a lavish event, it is hard to see the style of her hair. So it is unclear if she is a guest that has retreated or something else. The girl's face and hair are faded into unrecognizable through Marko Klomp's signature soft-focus style. All we can read is her posture, which does not suggest a lack of decorum. She is a mystery at the bottom of the stairs. Is she waiting? Is she taking a break? Was she locked out?

"Left Outside" is from the Series: Chronicles - Chronicling the landscape of a fantastical European city and life. This painting is a romantic moment of fading European grandeur. This girl, like the other from this series, seems to be a figment of your imagination come to life. Each painting from the series Chronicle is a moment of rest and solitude. As if someone has pressed the pause button during the ongoing business of living in a bustling European city. The moment is quiet, romantic, but ultimately fleeting.